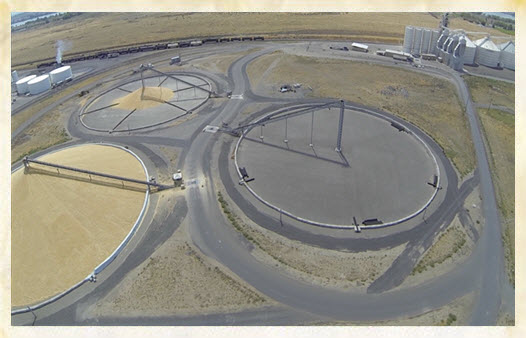 Grain Handling Inc. (GHI) operates a commercial grain elevator in Plymouth, Washington. The facility is located adjacent to the BNSF Railway mainline which runs along the Oregon-Washington border parallel to the Columbia River. The elevator has storage bin capacity of over 3.7 million bushels and ground pile storage of over 3.6 million bushels.

GHI is a leader in handling inbound corn shuttles for feedlots and dairies in the Columbia Basin because of its personnel, storage, and loading capacity. In 2003, a rail loop was installed and handling equipment was upgraded to qualify the facility as an approved shuttle loader and unloader. It has easy truck access to Highway 14, a convenient connector to major trucking routes. GHI is also strategically located to load wheat and corn shuttles intended for export along the BNSF mainline en route to Portland.